Studies by Clarkson (1998) and the World Health Organization found that one silver amalgam filling could release anywhere between 3-18 m gm/day of mercury. A Canadian conference suggested a Tolerable Daily Intake (TDI) for mercury of only 1 m gm/day for a person weighing about 150 pounds. People with more than 2-3 amalgams, therefore, are above the occupationally exposed acceptable levels. In fact, in a study done by Dr. Mark Richardson of Ottawa, Canada at the request of Health and Welfare Canada, it was seen that any more than 3 amalgams in the head of an adult were akin to occupational exposure. In other words, the amalgams gave off as much mercury as if the person worked in an occupation where they were exposed to mercury on a daily basis. That is why we strive to inform and help our patients regarding mechanisms of toxicity in Orlando, Florida, so you can benefit from the advantages of non-toxic dentistry. 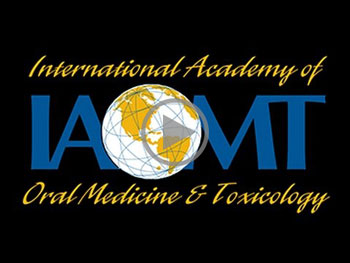 Mercury disrupts your body’s biochemistry and physiology in a number of ways:

Disruption in the balance of calcium … not good news when you consider how often we hear of people being diagnosed with osteoporosis. Another point in this area is that the liver and the kidney are two major organs affected by mercury and compromised in their ability to function under mercury’s influence. Vitamin D, which is produced in the skin, is augmented to the much more active hormone forms first by the liver, then the kidney. If their function has been debilitated, the conversion to the more active Vitamin D forms may not occur as well. These activated forms are essential for proper calcium uptake and utilization, hence another nail in the coffin of calcium balance.

Free radical injury to the cells of the body, resulting in oxidative stress. What this means is that the free radicals, which are produced as a result of mercury’s interaction with the cell, result in cellular damage, particularly to the membranes of the cell.

Many proteins need to have phosphorus derivatives attached to them, and mercury will get in the way of this. This may explain, at least to some degree, the incredible fatigue mercury patients experience. The molecule in your body responsible for energy -ATP- loses a phosphate group when you use it and becomes ADP. Then another phosphate must be added to “refurbish” it to ATP, so your body can reuse it and mercury gets in the way of this.

The kidney is of great concern in mercury toxicity. In people who are occupationally exposed, studies have seen the incredible cell damage and protein leakage from the kidney. In the sensitive mercury patient with even just a few amalgam fillings, the same damage can be seen. The general public may show varying levels of this damage. The World Health Organization in 1991 concluded that urinary mercury of more than 100 m gm/gm creatinine (about 80 m gm/m3) or more increases the risk of neurological (tumor development) and protein in the urine leading to kidney damage.

Biological research in the past few years, particularly from Europe, has shown the devastating consequences mercury has on the effectiveness of the white blood cell of your immune system. It also can be part of the cause in autoimmune diseases such as the more serious arthritides, allergies, and some researchers believe, multiple sclerosis, lupus and Lou Gehrig’s disease.

Mercury definitely has the ability to cross the placental membranes and so cause health disorders in the unborn child. Studies done by Marsh et al in 1981 and 1987 showed that mothers with hair mercury levels of 70-640 m g/gm of hair during pregnancy have 30% increased risk of psychomotor and other neurological disorders in their infants. Even as low as 10-20 m g/gm can increase risk to 5% (WHO 1990).

Send Us A Question